This was announced by the departmental government in the second Transitional Justice Committee in which the Territorial Action Plan (PAT) was approved. 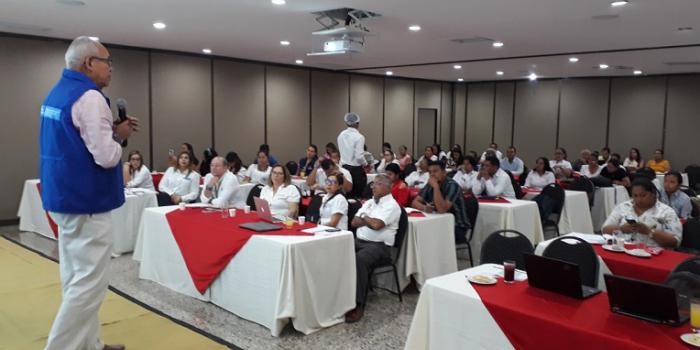 The Victims Unit, at the head of the territorial directorates of Bolívar and San Andrés, and Magdalena Medio, participated in the second Transitional Justice Committee of the department, in which the Territorial Action Plan (PAT) and the Comprehensive Plan were approved of Prevention and Protection.

The PAT is made up of 142 actions that will be developed in the four-year period, with resources exceeding $ 507 million, which will allow the attention of the more than 357.000 victims of Bolívar and the implementation of actions for the 40 subjects of collective reparation and the returned population. or relocated from 18 municipalities in the department.

“We celebrate the resources that will be invested to care for the population victims of conflict. The proposal to monitor this PAT semi-annually and annually seems very timely, which will allow for evaluation and follow-up, to comply with the actions", said the territorial director of the Unit in Bolívar and San Andrés, Miledy Galeano Paz

For her part, the territorial director of the Unit in Magdalena Medio, Amparo Chicué Cristancho, indicated that "the intervention of the Government is necessary in the points of attention, especially in what has to do with connectivity and electrical energy."

In this regard, the governor (e) of Bolívar, Álvaro Redondo Castillo, pointed out that within the PAT the investment in road infrastructure, connectivity and energy projects is planned, which will benefit the victims and the municipalities that are part of the PDET.

Regarding the Comprehensive Prevention and Protection Plan, nine scenarios and action protocols were established, including: threats to leaders, members of social organizations; abandonment and forced dispossession of land; forced recruitment of boys, girls and adolescents by illegal armed actors and criminal gangs; forced displacement; mine risk prevention and education; human trafficking; rights of the ethnic and indigenous community; and periodic monitoring according to the early warnings issued by the Ombudsman's Office.

For his part, Arnulfo Cardosi Julio, member of the departmental Participation Table and representative of the black communities, stressed that "for the first time in a Prevention Plan we feel represented and a special chapter is included for ethnic communities". "We highlight the disposition of the departmental government to work in an articulated manner on these plans with the representatives of the victims”, he added.

Finally, the Prosecutor's Office highlighted the participatory work with the victims for the preparation of the PAT and that the 15 current early warnings were taken into account, as well as the proper coordination between the PAT, the comprehensive prevention and protection plan and the Development Plan of the departmental government.