Victims Unit and National Board define roadmap for 2020

In a three-day meeting in Bogotá, the members of the Executive Committee of the Bureau elected for the period 2019 - 2021, will raise what will be their priorities in this first year of work. 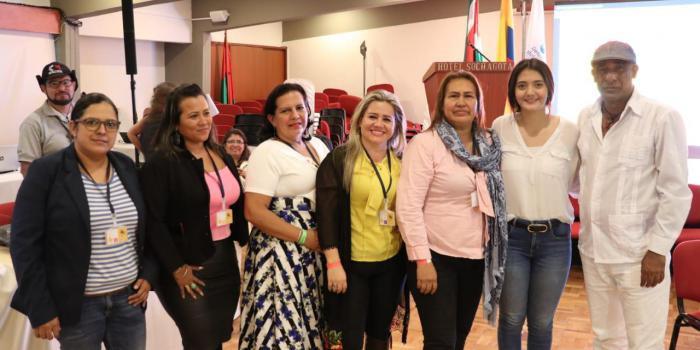 The Executive Committee of the National Table for the Effective Participation of Victims will meet in the city of Bogotá, from this Tuesday, January 28 to Thursday 30, in order to address different management issues that this body should advance in the period that began on November 7.

Among other matters, the Committee will learn about the New Mandators Strategy, designed by the Unit for Victims and that is in a phase of rapprochement with the new mayors and governors, for the strengthening and continuity of the public policy of victims, in the construction of the development plans of municipal and departmental administrations.

According to Aura Helena Acevedo, Director of Inter-Institutional Management of the Unit, the meeting will also discuss issues such as the Action Plan of the Directorate of Inter-Institutional Management, feedback from the Work Plan of the National Board, the lines of work with differential approaches, and the reform to the participation protocol.

"We are going to present the general lines of the DGI Action Plan and that the National Board knows the articulation that is planned between the three sub-directorates that comprise it," said the official.

The Executive Committee of the National Table for the Effective Participation of Victims is made up of Orlando Burgos, coordinator of the Mesa, Eucaris Salas, Nini Cardozo, Norela Coronado, Ludirlena Pérez, Blanca Yoli Real and Laura Borrero.

The first meeting of the Committee for 2020, will take place at the San Cayetano headquarters of the Unit for Victims, and will be attended by the Unit's director, Ramón Rodríguez, and the Deputy Director General, Lorena Mesa, among other officials.