The initiative supported by the Unit will shelter the population of the subregion and the 79.114 victims subject to care included in the Single Registry of Victims (RUV) in Turbo. 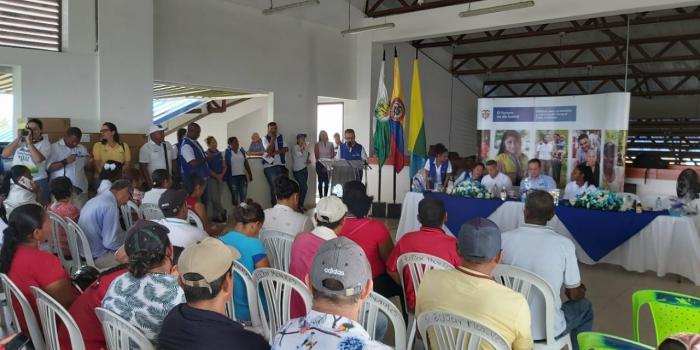 Through a virtual session, an exercise was carried out for the collection of inputs by different institutions and cooperating organizations, participants in the DD observatory project. H H. and DIH for the Turbo district, which will benefit not only the population of this district, but also the Urabá subregion.

The Victims Unit, within the framework of the National Technical Subcommittee on Information Systems and with the support of the Durable Solutions for Peace project, which includes the KOICA Cooperator and UNHCR, has been supporting the special port district of Turbo in the creation of the Human Rights and Peace Observatory.

This Observatory will be fundamental in generating inputs for decision-making in matters of public policies for prevention, protection, guarantees of non-repetition, victims, human rights, security and coexistence.

The technical and methodological support for the formulation of the observatory project involves institutional, cooperation, academic and social actors with a presence in the territory.

The initiative has the support of the Network of Human Rights Observatories and (DIH-RODHI) for this district that is part of the PDET territories and, despite the fact that the observatory will shelter the general population, with regional impact, it will also benefit 79.114 victims subject to care included in the Single Registry of Victims (RUV) in Turbo.

In the next few days, progress will be made on the methodological route of the project and socialization, which will allow linking organizations focused on human rights and contributing to peace in the subregion.