30.000 million pesos from the Farc will be used for collective reparation

The director of the entity announced that these resources will enter as part of the peace agreements between the Government and the Farc to repair the victims of conflict, especially the collective subjects. 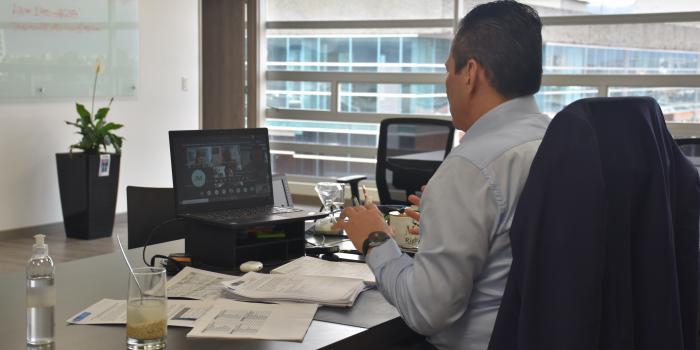 In the midst of the “Great social dialogue with the victims of conflict in times of COVID-19”, the director of the Unit for the Comprehensive Care and Reparation of Victims, Ramón Rodríguez, announced that the entity will enter 30.000 million pesos from the Farc for reparation to victims.

"In these virtual meetings with the tables of departmental victims we talked about the resources of the Farc, they promised to give us 30.000 million pesos, in two months we will have 3.000 million and 27,000 million at the end of the term", said Rodríguez.

"This corresponds to the call that has always been made from the entities, that resources are needed not only from the general budget of the Nation, but also from the victimizers. Here, these resources are going to be used, which are mainly aimed at Collective Reparation”, said the official.

According to the director, these resources help to sum up to implement actions in the 738 subjects who already have a defined repair plan.

“Some of the Collective Reparation plans are focused on the issue of water and basic sanitation, as a priority, and also go hand in hand with those municipalities that are targeted through the Development Programs with a Territorial Focus (PDET) , as a complementary way to maximize investment”.

Rodríguez Andrade also announced that the entity managed the banking transfer of approximately 18,000 victims of conflict "so that the resources for the payment of compensation reach directly an account that was created with favorable conditions".