The Victims Unit provided more than $ 1.3 billion in compensation to those affected by armed conflict. 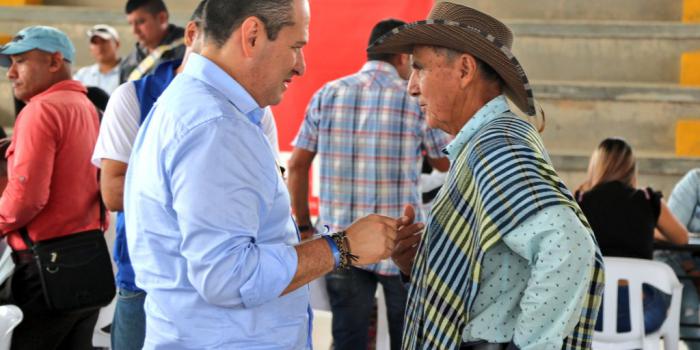 The director of the Victims Unit, Ramón Rodríguez, and the director of Repair of the entity, Enrique Ardila, delivered in Mocoa, Putumayo, 170 letters of compensation for a value exceeding $ 1,300 million.

Ardila stressed that the compensation day served to "dignify the victims of conflict" and said that the Unit made an "accompaniment to ensure adequate investment of monies".

Luz Córdoba, one of the victims benefited, said that she traveled from the municipality of Puerto Caicedo to receive the compensation and that she was very grateful. "With the help I will make arrangements in my house and I want to greet all those who have collaborated", he noted.

On the other hand, the companion of María Morales, an elderly person with a disability who also received compensation, explained that "the resources will be invested in health and food issues". "I want to thank the Victims Unit for help for the homeless", she added.

On the day of deliveries in Mocoa, Putumayo, the directors of the Victims Unit and the delegates of the Ethnic Affairs Directorate of the Unit, of the United States Agency for International Development (USAID), of the UN Refugee Agency (UNHCR); of the Seine, of Colpensiones and of the Unit of Restitution of Lands, among others.