Since 2013, the village of La Rejoya de Popayán has been reconstructing itself in a process of collective reparation that, together with the Victims Unit and the United Nations Development Program (UNDP), has allowed the community to recover its identity and highlight its gastronomy. 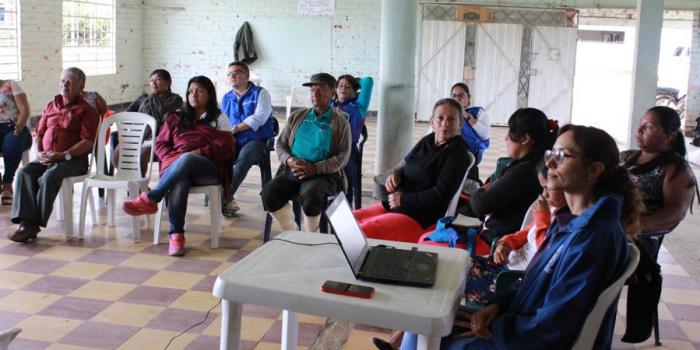 With the project "Aggregation of Value to the Coffee Chain", the community that had been affected after the 2001 massacre, today has recovered agricultural practices to generate income that allows them to be productive, thanks to designs and implementation of strategies for the product positioning and thus take it to the strengthening as small producers.

For Blanca Flor Dorado Tobar, beneficiary of the collective reparation plan, "this project that favors so many families in the community, allows us to strengthen ourselves and believe that we can contribute to the economic development of the country. The support of the Victims Unit  has been fundamental because it has allowed us to move forward ".

The monitoring committees, which work hand in hand with the Community Action Board, representatives of the farmers and members of the municipal victims' table, also allow the creation of interlocking strategies aimed at improving competitiveness by projecting them to the markets, through greater integration of producers, sellers and consumers in the value chain.

From the point of view of the municipal victims 'table, Alberto Gutiérrez, said that "great progress has been identified in the reparation process, since apart from the accompaniment to these projects, the Victims' Unit has strengthened the community by avoiding no repetition of victimizing facts".

For Dan Harry Sánchez Cobo, territorial director of the Victims Unit in Cauca, "this process of collective reparation not only strengthens them as a community, it also prepares them to have productive ideas that will allow them to be competitive in the market and advance in the construction of a future for all".