'In Afromupaz we transform from love'

In the Liévano Palace, the director of the Victims Unit, Ramón Rodriguez, and the Mayor of Bogotá, Enrique Peñalosa, made the symbolic handing over of the key to the new headquarters to Afromupaz women. 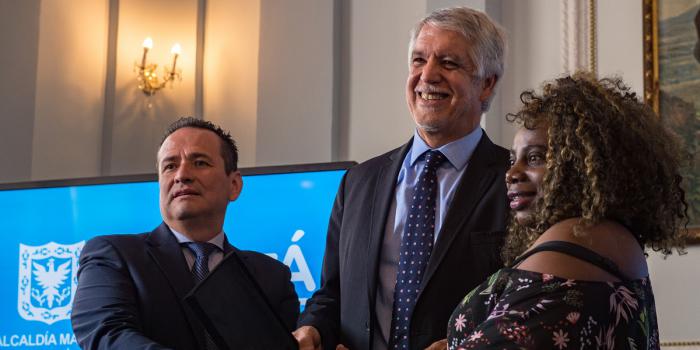 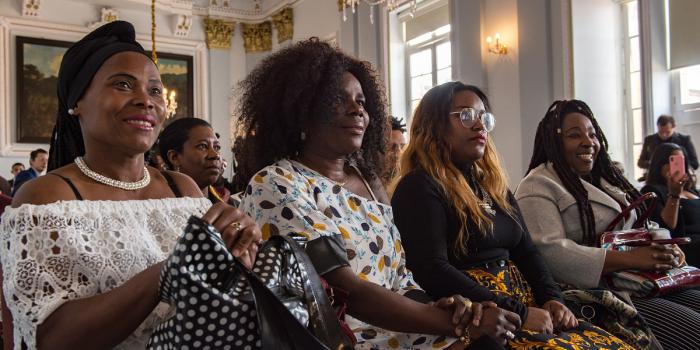 On Tuesday, October 30, representatives of the Association of Afro Women for Peace (Afromupaz) received the key to their new headquarters in Bogotá.

In the Liévano Palace, headquarters of the Bogota City Hall, the director of the Victims Unit, Ramón Rodríguez, and the Mayor of Bogotá, Enrique Peñalosa, made the symbolic delivery, since on October 9 they had been delivered the headquarters as part of its collective reparation process.

This space will serve women to continue strengthening their psychosocial projects through planting and promoting the textile and gastronomic creation of their culture. "The women of Afromupaz are very enterprising, we need this partnership between the Mayor's Office of Bogotá and the Victims Unit to continue strengthening their ties as an association," said Ramón Rodriguez, director of Unit.

Through an articulated work between the Victims Unit, the Mayor's Office of Bogota and the High Council for the Rights of Victims, Peace and Reconciliation of the District, symbolic delivery of the key of the headquarters was made to the representative of Afromupaz, Maria Eugenia Urrutia, leader and defender of human and ethnic rights.

"In Afromupaz we transformed from love, we gave ourselves permission to be happy, to raise our children and to become survivors," he said.

In the middle of the symbolic act, the Mayor of Bogota, Enrique Peñalosa, highlighted the importance of this group in the city: "You enrich our city with your culture, they bring us rhythm, creativity and energy".