About 4 million victims are in the Sisben IV census

In the Government's Technical Equity Board, the Unit for the Victims’ Director said this figure corresponds to 54.4% of those in the Single Victims Registry. 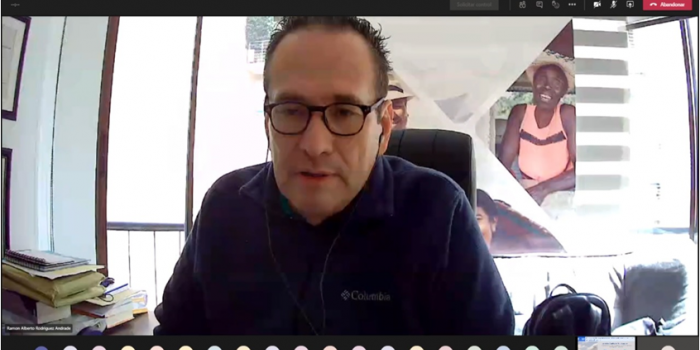 During the virtual session of the first Government's Technical Equity Board of 2021, the Unit for the Victims’ Director, Ramon Rodriguez, specified the adjustment progress regarding the entity's programs in this new measurement mechanism.

The Sisben IV is the new instrument to identify citizens, their needs and the offer concerning their rights full enjoyment. "The Sisben IV census reports there are already 3,994,000 victims; this equals 54.4% of those found in the Single Victims Registry," said the Director.

According to Rodriguez, the Unit will receive Sisben IV information and variables as soon as they are officially publicized.

"The publication of the next quantification will include Sisben IV. We will use it as a source through the National Information Network along with other records, which we use to measure the victim population directly," he announced.

In this event, the Director stressed the socialization process has been carried out to invite victims to take the Sisben IV’s survey in the workshops within the territory, as well as in the municipalities’ intervention sessions, territorial directions meetings and in the National and Departmental Victims Boards. "Although some did not want to give the information, we almost have 4 million victims reported for Sisben IV."

In his point of view, what is sought out is to synchronize the assistance component of victim’s policy with modern policy. “Overcoming the vulnerability situation does not exclusively depend on the Sisben. We have 67 records in the National Information Network, and the Sisben is one of the many we use to measure both the vulnerability situation overcoming and the minimum subsistence information.”

The Unit’s Director recalled that, within the entity, Sisben is used for the Integrated Management Model. He assured he would be looking forward to the meeting about Sisben IV’s opening next week.

Delegates from the National Planning Department took part in the event, as well as people from the Social Prosperity Department, the Family Welfare Colombian Institute and the ministries of Health and Education, among other entities.