Victims of the Colombian armed conflict abroad: a profile

The profile of victims abroad compiles the main findings of 2,612 surveys conducted between 2018 and 2019 on people who consider themselves victims of the armed conflict. The surveys were carried out in eight countries, which were selected because either they received the largest number of requests by people who wish to be included in the Single Registry of Victims or they have been identified as having the largest population of refugees and asylum seekers of Colombian origin. This document sheds light on migrants’ reasons for leaving the country, their migratory flows, the conditions in which they find themselves in the host or destination countries, their access to the measures under Law 1448 of 2011 -Victims and Land Restitution Law-, and their intention to return to Colombia. This report was first published in Spanish in September 2020. 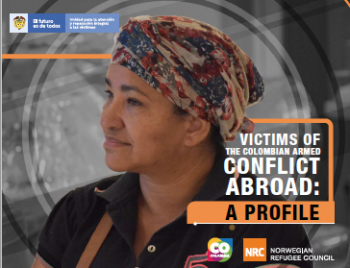