Who is Patricia Tobon Yagari, the new Unit for the Victims’ Director?

The new Unit for the Victims’ General Director is an Embera indigenous woman and a lawyer with a specialization in Colombian Constitutional Law. 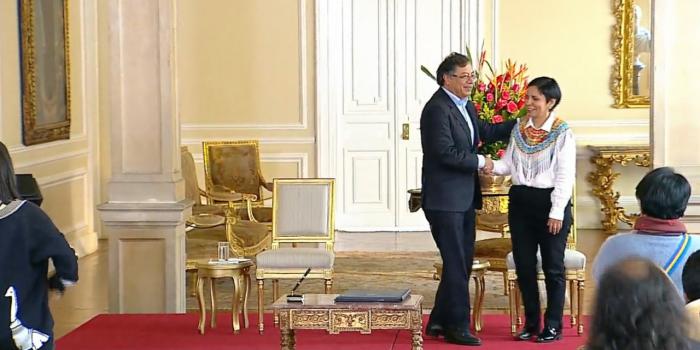 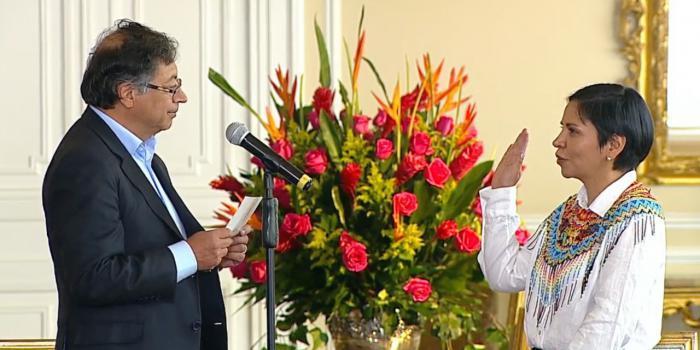 The new Unit for the Victims’ General Director, Patricia Tobon Yagari, comes from the Embera Chami community, indigenous people divided by time, historical struggles – the Conquest and the Colony – and deterritorialization due to violence.

Throughout her career she has been an adviser and consultant to different indigenous, afro-descendant and peasant human rights organizations, as well as for United Nations System entities.

Her knowledge and commitment gave her the chance, in 2016, to be part of the ethnic organizations team to negotiate and draft the Havana Final Peace Agreement’s Ethnic Chapter.

During her profession, Tobon Yagari has ​​also led follow-up processes for the Victims’ Care and Reparation Policy, specifically the state of compliance with the Constitutional Court orders regarding the 2004 T-025 ruling framework. She also focused on the follow-up Orders, especially the ones with a Differential Approach, as well as the legal actions in defense ethnic people rights development.

In 2019, she received the Francisco Antonio Zea University Merit Order from the Universidad de Antioquia due to her work in Human Rights Defense. Likewise, she was part of regulations creation processes for the inclusion of public policies to benefit indigenous people, such as the National Development Plan 2014-2018. She also worked on the Constitutional Court’s land restitution policy progress follow-up reports, as well as in the Colombian land restitution judges and ethnic authorities training.

On the other hand, she headed the Indigenous Organizations Andean Coordinator Legal Observatory (CAOI in its Spanish acronym), a task in which she documented cases and presented international reports on the territorial rights affectation, free and informed consent, consultation and prior consent, and the differentiated development rights of the indigenous people of countries such as Colombia, Ecuador, Peru and Bolivia, all this before different international instances of the Inter-American Human Rights System and the United Nations System.

Her resume also shows her performance as a United Nations Population Fund (UNFPA) consultant to promote actions against female genital mutilation, as well as elimination of harmful practices against the health of Colombian indigenous women and girls with Colombian State institutions and the indigenous people.