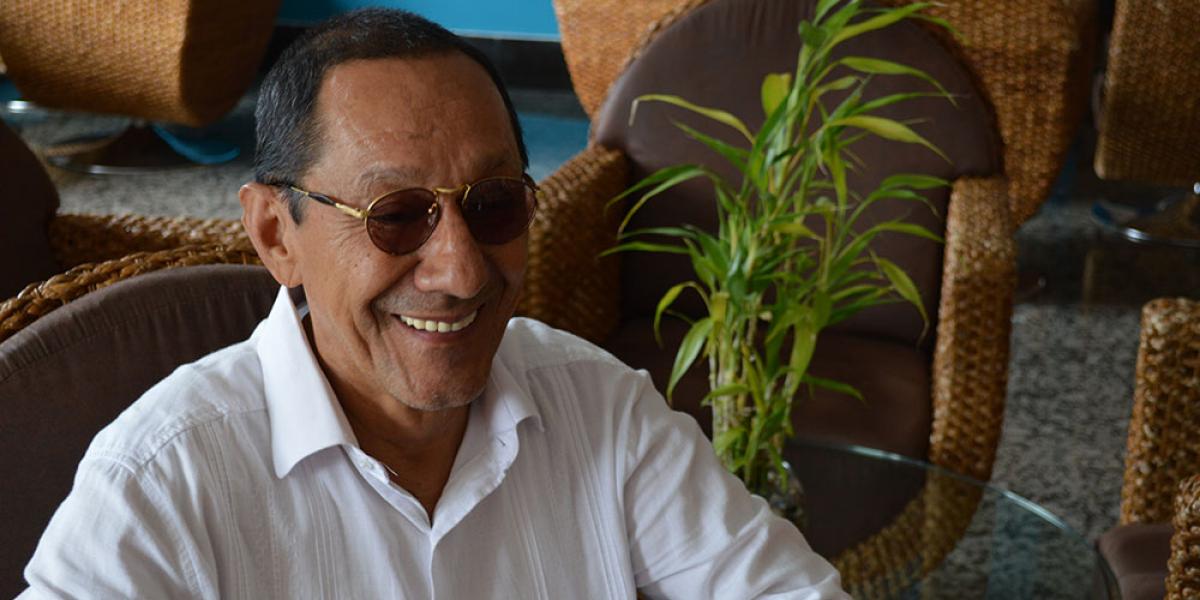 Pedro Nel Burgos Romero, one of the Departmental Table of Victims menbers in Vaupés, was born in Quindío. He has lived in the south of the country for more than 35 years. He is known for being a man with a serene, active and surviving face.

Motivated by the gold rush, he arrived in Tararaira, a municipality in the south of Vaupés that borders on Brazil. To the peoples of this region came the stories of the wealth that hid in remote parts of the country and that tempted many men to seek their fortune.

It was a very risky activity, which was accompanied by the conflict that is experienced in rural areas that have some movement of money and therefore power. Everything in that place came to be paid in gold nuggets, says Burgos.

After having some success in artisanal mining, he decided to settle with his small family he had made. "I met a very beautiful woman and hardworking and soon we were a family of four, which forced us to dedicate ourselves to a more stable work."

In 1993, they move to Mitú. There, his two little daughters grew up in the midst of their own tranquility and the natural wealth of Amazonian landscapes. They set up a family business, a restaurant that served chicken and fish stew in a cozy elevated wooden lounge, which rose like a balcony to admire landscape beauty.

But the conflict situation began to feel more strongly. The presence of illegal leftist groups became more frequent, which generated much fear among the villagers.

"Five years went by and came the day that we will never forget. The dawn of November 1, 1998, was a stampede of violence in Mitú. The Farc destroyed houses, police station, the Registry, the courts, the Vicariate's house, the headquarters of Caprecom, Telecom and Esap, the Justice palace, the Agrarian Bank, among other structures, "he says.

The shot, which lasted a day and a half, is one of the most sadly remembered. The whole country saw how the Farc kidnapped 61 police officers, who later became part of the "exchangeable" of this militia.

Many neighbors left displaced with one hand forward and another behind, says Pedro. "We stayed because it was our home, the place that received us with kindness, where we were happy and we managed to strengthen our family," he says.

"There was nothing left of my house but a pile of boards. It was terrible to see my family's face and not have how to guarantee their safety. It was a call to start again, full of strength and faith, "he adds.

Despite what they suffered, little by little they got up again from the ruins. They improved the restaurant and started selling food door to door and other alternatives to recover.

"The attack affected us economically and likewise, it changed us as human beings," he explains. Since then he began to work for the victims.

"As a representative of Vaupes victims I am part of several local and national processes, I was accompanying the peace signing in Cartagena and I was part of the Comprehensive Participation Process, because I believe that peace is worthwhile. It is the opportunity for children and young people to have a homeland with other rules of the game. The violence has already passed us a very high bill, "he says.