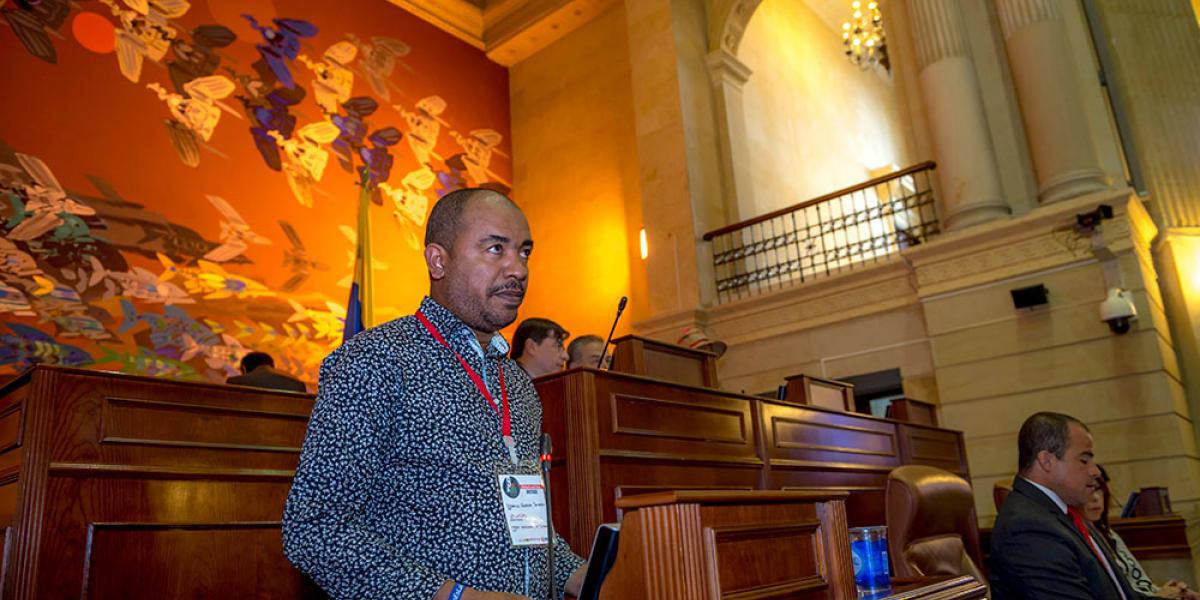 My life began with beautiful riddles that I still remember from my grandmother, riddles that encouraged to continue working for the construction of a better future and to train us to be someone in life. My mother, palanqueros daughter; and my father, Guajiros son; From this union this Cataquero was born, wanting to work for the participation of victims from all over the country.

From a young age I remember my grandparents working in the plots where they cultivated all kinds of products that facilitated the preparation of daily food, those plots typical of the humble families from Colombian Caribbean coast where you could not miss the yucca, banana, yam, tomato, lamb, chicken, among other characteristic inputs of our population.

In these plots we spent as much time as possible, we had a group of cousins ​​who did not waste time and enjoyed nature while the adults told us riddles and stories under the light of the strands and trying to preserve the collection; running around from one side to the other so that we let them work.

But from one moment to another, the peace and tranquility of our home disappeared, the actors of violence began to arrive, partially leaving the land and climbing step by step with the warnings of the different groups outside the law and forced recruitment of young people. That's when the grandmothers and aunts forbade us to return and we barely managed to get closer in one weekend than the other when they went up to pick up the harvest to feed us.

One day the violence also knocked the doors of my home: with a number 12 shotgun a member of paramilitary group killed one of my foster brothers, a bullet in the back ended with the dreams and illusions of my brother; never in my life had I touched a corpse, but it was at that moment when, for the first time, I raised a bloody body, leaving one of the most painful moments of my life forever in my memory.

I remember so much that little truck that took my brother and that went through the town giving him his last goodbye, saying goodbye to that human being who had shared so many stories, so many anecdotes, so many joys and that one day by a senseless war he snatched it from us.

But that did not end, after that loss came 3 more, it was at that moment when the violence snatched a cousin, his father and my uncle Genaro, ending with the latter to eliminate our family and sinking more into sadness, in pain, without giving us permission or authorization to assimilate previous duels. So we moved to Riohacha and tried to rebuild our lives.

After a long time, I returned to my hometown and undertook the task of beginning to work for the armed conflict victims. So, one day I was proposed to work for the Community Council Jacobo Pérez Escobar and 4 years later not only work for my community, but also work to improve the living conditions of armed conflict victims in the country coordinating the National Board for Effective Participation of the Victims and the Participation of the Magdalena Board, position for which I was chosen by representatives of all parts of the country. And without any other pretension, strengthening the political life of our victims with the support of the Victims’ Unit and other institutions, we began to change the discourse to feel and live as survivors, to orient ourselves towards action in order to improve the communities quality of life.