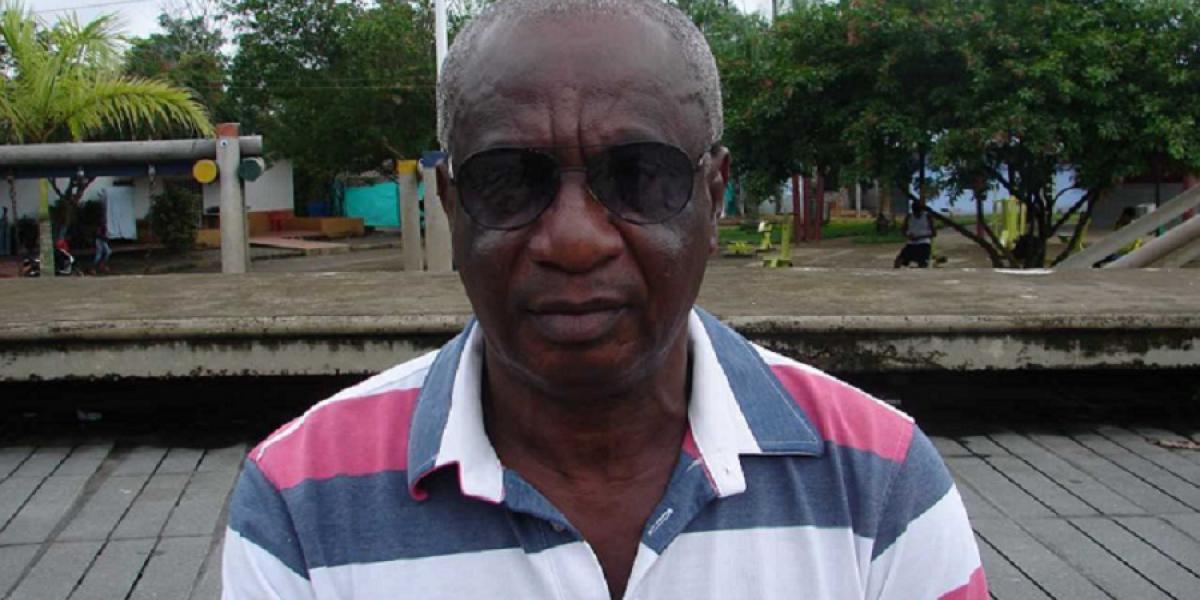 61 years old was born in the old Bellavista (better known as old Bellavista - Bojayá municipal head), Jimmy Chaverra, leader and promoter of rights of people from bojaya, who lived through the transition of his people after the massacre and now fights for dignify the memories of its inhabitants, helping the relocation of the survivors.

His childhood was spent among friends and the school César Conto, where without knowing it, they were forming the character of a philanthropist. "Virtually my childhood I lived there, it was a very quiet town and we always live without the presence of illegal armed groups," he recalls. Cardenio Chaverra and Avelina Junca were his parents. From the school he stood out for being a leader. "I think I was born with that gift of leadership", he says.

Jimmy, says that from 1997 to the present, unrest seized that vital Chocoano territory and began to feel the influence of illegal armed groups.

"Groups appeared outside the law, exactly the paramilitaries between 1997 and around 2000, and then the guerrillas appeared. Even in 2000, the guerrillas took over simultaneously the old Bellavista and Vigía del Fuerte (a town in Antioquia located on the other side of Atrato River)", he says, adding that after that the police left because Bellavista agents were kidnapped and those of Vigía killed them.

The panic began to spread and the unrest fell on this town, two years later, in 2002 the massacre took place in the old Bellavista (municipal seat of Bojayá), in which 79 human beings lost their lives and a number of wounded were left with the weight of war on their spirit. "On May 1 of that year from 6 in the morning we began to feel the first shots because the guerrillas were in Vigía del Fuerte and paramilitaries in Bellavista. Then the shots came and went".

That day, without knowing it, the church of the town would keep in its chalice the bloods of the innocents. "Several people came to my house to take refuge there and in the afternoon Father Antún Ramos arrives and suggests that we go to church, so those of us who were in my house said that since church was the house of God, there we would be more protected. And we decided to take refuge some 400 people in the church and others in the house of Augustinian nuns. I was with my family nucleus who were my wife and my children. There we woke up quite crowded and the paramilitaries took us as a shield because they were located next to the church to shoot to guerrillas. By that time the guerrillas had already crossed the Atrato and were in a neighborhood of Bellavista known as Pueblo Nuevo. At about 10:30 am on the morning of May 2 and from one moment to the next, I felt that the chair had risen and the ceiling was gone and the screams of pain began... the gas pipette had just burst. He launched the guerrilla against the paramilitaries. In my family, thank God, nobody died, but many friends died. Then, after the confusion, we decided to take the wounded to Vigía del Fuerte, guided by Father Antún", he recalls. 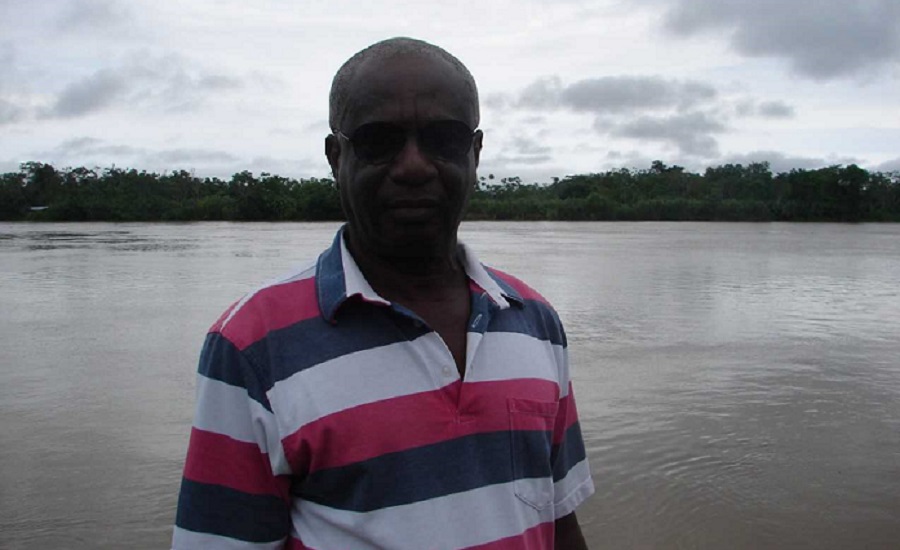 The displacement towards Quibdó

In an effort to protect life, they took the first steps to Vigía del Fuerte. "Being in Vigía we agreed to make a massive displacement towards Quibdó of the people that had arrived at Vigía, along with those who had stayed in Bellavista, in order to draw the attention of National Government of the time", he adds. And he tells that in Vigía he was resisting a group headed by the leader Arnobio Allím.

The journey to Quibdó was crossed by grief and pain, all came out with morale on the floor. "I must accept that Social Action attention, Red Cross, the Church and the NGOs was very good in Quibdó. Then, in Quibdó, the National Government began to make a presence and that's when I had the courage to put up my front and speak on behalf of the community and always supported by the community", he says.

Making the voices of the survivors heard became a priority for Jimmy. "Being there in Quibdó we created the committee and we initially named it the Committee of Displaced Persons, which, by decision of community, I presided over (and which brought together displaced people only from Bellavista)," he says. In one of those meetings with the community and the National Government the idea was born that the town was relocated, "although in truth, Pastrana, the president of the time coming after May 2 and see that the town was flooded It also raises the issue of relocation”.

The community was twinned and began to think about their well-being and what would be more convenient to improve - in the midst of the gaps left by violence - their living conditions. "We agreed in several meetings that we would tell the government that the relocation would, as long as it was accompanied by some additional things that would allow us to live better than where we were before". He adds that "several friends tell me to accept the relocation, although there were several who were a bit reticent because we did not have the experience of having been relocated".

The return to Bellavista

Feeling far from home, with nostalgia installed in the body, without employment opportunities and without knowing very well the future, made the Bajayaseños want to return to their town. "At the time, it was taking strength to leave Quibdó and return to Bellavista, among other things because of the high rate of unemployment in Chocó capital. Then on September 1 of that year, that is, exactly 4 months after the massacre, the decision was made to return us to Bellavista, with a series of commitments from the National Government for the short, medium and long term. For the latter, the main issue was the relocation of the people", he recalls.

Back to Bojayá became a small joy in the midst of pain that fragmented the memory of survivors. "The return to Bellavista was with a very nice accompaniment from the Church, Government of Chocó, Diocese, the Ombudsman, the UNHCR and other organizations. We arrived and the Committee of the Displaced was dissolved the next day, but in one meeting one of the attendees said that the committee should continue because we were just beginning and we needed it to continue and they asked me to continue leading the Committee. After several days we met with Father Antún and he suggests that from now on the organization be called Committee May 2 so that with that name always live in the memory of the people, said the father. The same I continued to preside over that organization for a while longer, and in meeting with the members that name was approved and it was agreed that it was the organization that was going to interact with the Government in everything related to the short, medium and long term commitments", ensures Then the National Government is present almost twice a month and they sign a document where it is clear that they are the interlocutors of the Government.

Between meetings that come and go, one was presented in Bellavista to agree on the type of housing that "we wanted for the new Bellavista. It was agreed that the houses should have several rooms because the Afros are large families. It was agreed to make a model house in old Bellavista (based on a design made by the Technological University of Chocó), so that the people could see it and become familiar with it". 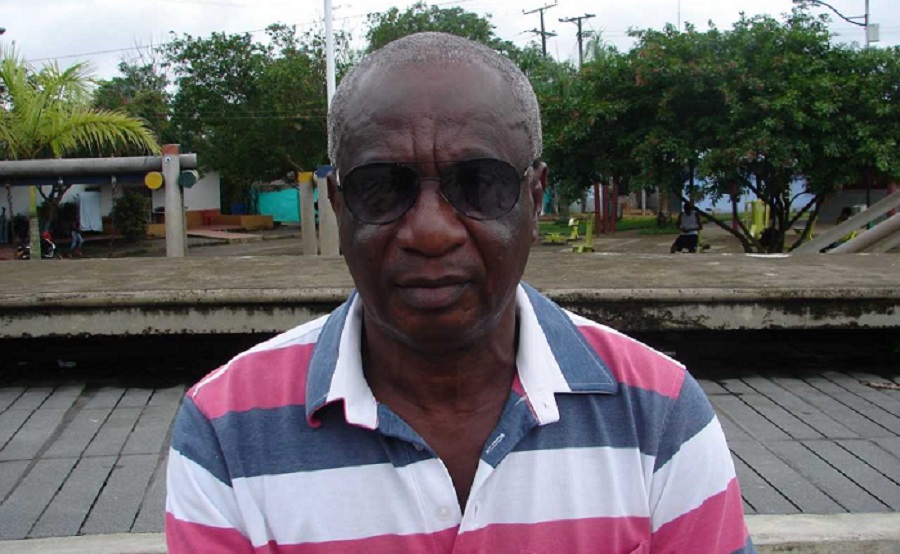 The relocation of the town

A year later there were only three houses built in Bellavista Nuevo and "we traveled about 30 people to Bogotá to complain about the slowness of houses construction. With this action, we managed to activate the construction of all the planned homes with force".

"After that, I already moved to new Bellavista and I'm the first to arrive. At first there were many people who were reluctant to move, especially the inhabitants of the Pueblo Nuevo neighborhood. Then came the mayor and all the municipal administration and behind them another group of people. Even for that time there was a very strong winter and old Bellavista was flooded, so the few people who were already there decided to come".

To continue promoting the right of Bajayaseños to decent housing and a quality relocation, Jimmy joined Acción Social as Bojayá's social manager. "I do a social work based on experience I had as president of the May 2 Committee and as an interlocutor with the National Government", he recalls with joy.

Years later, near 2013, Victims Unit arrived to approach the community interested in the issue of reparation. "We have held several meetings and I think that much progress has been made in the area of ​​collective reparation. Even this weekend the Protocolization Assembly of Comprehensive Collective Reparation Plan was made. The parties are satisfied and we hope that it is fulfilled. I put positive energy and a lot of faith into everything and I know that they will fulfill us and all this will be useful for development of the Bojayaseño people", he says.

Faced with the Peace Agreement between Government and Farc, Jimmy assures that it has been important for the region. "Previously, when you traveled from here to Quibdó, you went with your heart in your hand because FARC practically controlled the Atrato River. So for me it was worth the Agreement".

Currently, Jimmy continues to meet with his friends to do political and literary gatherings, especially to talk about his favorite authors Álvaro Salom Becerra and Carlos Arturo Caicedo Licona, and with his leadership he will continue to seek the welfare of his beloved Bojayá.