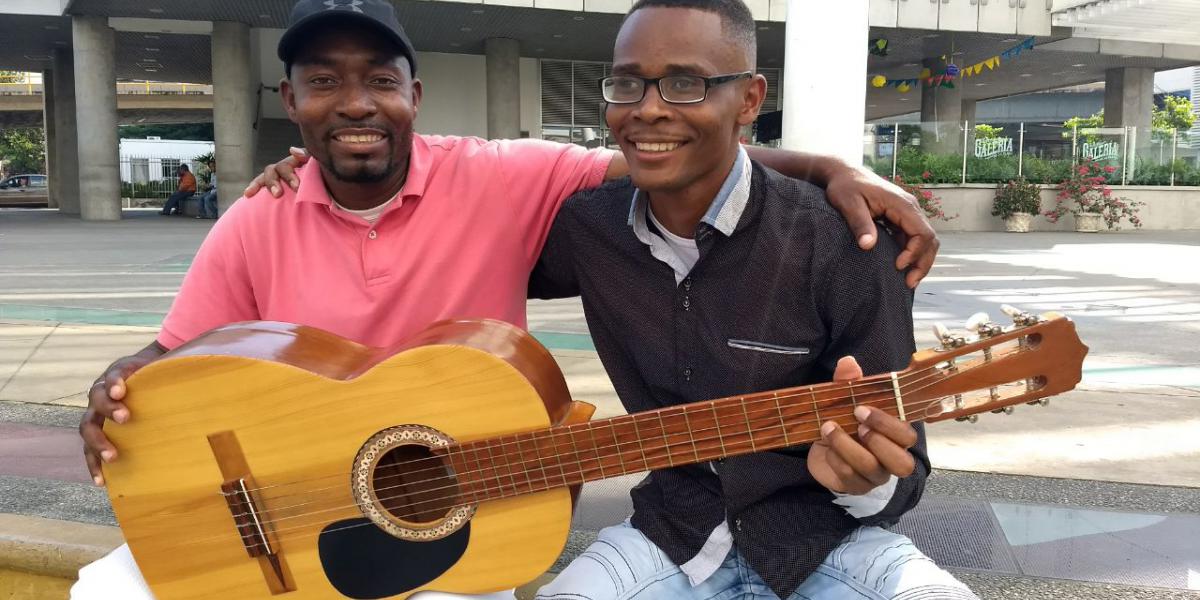 This is a confession turned into a song. A musical testimony of what it means to survive war and not surrendering your heart to it.

Enrique Angulo, victim of displacement from Anaya township located in the pacific coast of Colombia, decided (as it can clearly be observed in the lyrics of his composition) that his voice will honor resistance and love.

It is not about forgetting what happened, that cannot be done, and we should not try to do so. It is about transforming and not living in hate.

Enrique cannot see well, he estimates that he has lost about 50% of his eye-sight, that is why he walks with caution and tunes his ears to detect anyone who approaches. Remembering what happened is one of the pathways to remember his story.

He was just a teenager enjoying life at the beach when paramilitary groups changed the course of things in Naya, in the pacific. Before they arrived, we were all farmworkers or fishermen. We made a decent living with papachina (Chinese potato), chontaduro, and sugar cane.

Enrique mentions that in Holy week of 2001 terror invaded every corner of his hometown. The "paras" killed people, broke into their homes and looted the whole place literally "on the run".

During that "run for his life" he fell in a ditch, got hit and stepped over by people who were running away. "Something happened when I fell because besides the pain my sight has not worked well ever since, I've been losing it little by little and the doctors told me that this happened because of that knockout punch."

Just like many of his friends and relatives he arrived to the urban area of Buenaventura port. We were always accompanied by nostalgia of his hometown, by football games that he played barefoot in the sand and serenades which he learned to sing right next to a "stolen" guitar. 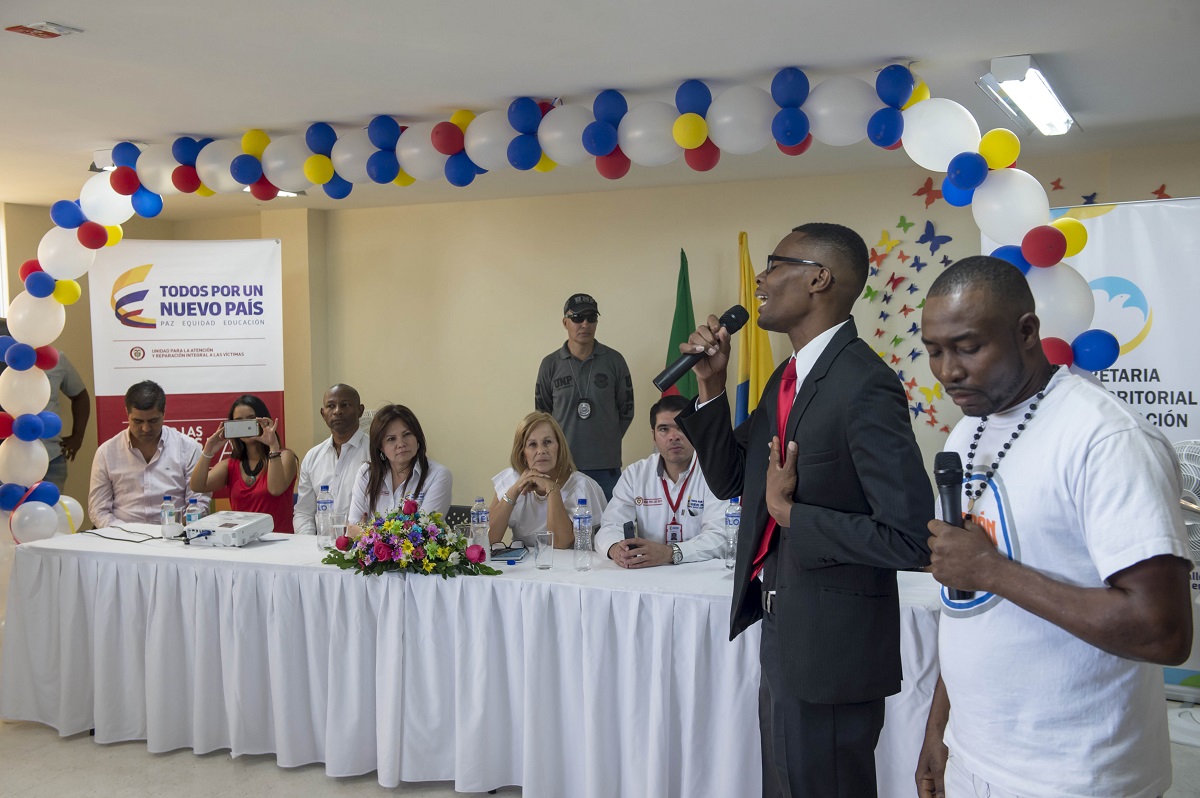 But life in Buenaventura was something else. For someone that comes from the jungle, the port is pure concrete. It's grey, even the sea is something else. I lived there until 2014 until I was displaced by illegal groups that charged us "taxes" on everything, leaving me no choice but moving to Cali."

In that city he ran into Eliodoro Angulo, one of his cousins. Elio as most people called him, had also left Naya in 2001 after wondering around in different parts looking to rebuild his life. In the urban area of Buenaventura, he made a living of wood exploitation until extortions got the best of him until he hit the road to Cali. In the capital of the province of Valle department he now makes a living out of the construction business.

"I have also liked music. Remembering my roots through the sounds. Running into Enrique was really nice because it was about sharing that nostalgia among both as well as pleasure for the arts." He says.

So, any given day along with his cousin, playing around with the guitar, Enrique starts singing about war, forgiveness and starts crying tears of joy. “That’s how I'm willing to give it all for peace was born”. It’s a song that talks about the past, talks about today and what we want our future to become. Why keep that hatred for what happened? That is unhealthy for who experiences it. We are the affected ones. I want to invite to forgive" says this 29-year-old young man, father of Jose David; his 4-month-old baby boy.

Enrique has survived in Cali, singing in buses, playing bass or guitar in different seasons with bands like Calirumba Orchestra and Gavilanes del Norte. (a Texmex music ensemble) he has sold fruits on the streets and has experimented "The Hustle" with all of his lyrics since getting a job with his sight problem is a difficult task.

With Eliodoro they formed the band Sonitalet (sound and talent) but they say that they are searching for a more commercial name. Eliodoro dreams with studying so as to help other victims of the conflict to become "agents of their own development". Enrique dreams with making a leaving out of music and taking his reconciliation message way beyond his neighborhood, Llano Verde. His songs sum up his yearnings. "If some day you see me crying, let it be tears of joy".