The man from Santander who takes his kindness to Canada

On the World Refugee Day, this is the story of Hector Rueda, a man from Santander by birth and a Bogotan by upbringing, who had to leave Colombia to live with his family in Canada more than 15 years ago because of threats against his life and his family. 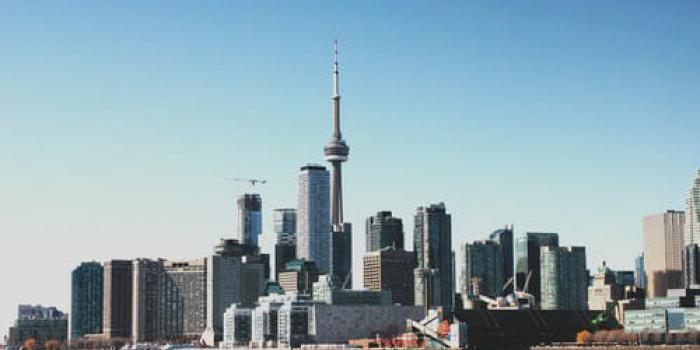 Hector Rueda* was born about 70 years ago in Bucaramanga, he was the third of four brothers. When he was five, his father took the whole family to Bogota looking for a better future.

Once in the capital, he studied at the ETB school while they lived in the San Fernando neighborhood, then he went to high school at the Jesuit’s school Colegio Mayor de San Bartolome. He married at a young age and tried to study marketing at Jorge Tadeo Lozano University, where he completed four semesters. Later, he studied technology at the SENA and worked as a salesman. He became self-sufficient and set up three or four businesses; in some he did poorly and in others relatively well, so he kept going.

In 1990, he decided to set up a travel agency, while his wife Adriana* worked in a District’s entity. While carrying out her duties, Adriana denied the operating license to a Downtown educational institute because they didn’t have the whole documentation.

Later, around 1997, she found out the alleged educational center was just a front where there was children recruitment for the FARC. As a result, they began to get threats, which led to her getting a policeman as a security detail, who guard her from home to work and vice versa.

Over time, intimidation spread to his travel agency, where he received threatening pamphlets and photographs of his children. As the situation became unsustainable, in 2003 he finally spoke with his family, and they decided to go to Canada. Initially, he went with his eldest son, but "at that time, it was very hard because I didn’t know when I would see my wife and daughters."

They arrived in Miami, then to New York and later they moved to Buffalo, on the border between the US and Canada. With the documented evidence they had regarding the threats, the Canadian Government welcomed them as refugees.

For them, it was a new world, a completely different way of life for him, but he says he never felt abandoned: "We arrived here, in Toronto, Ontario, and we managed to adapt."

Within the reception plan the Canadian Government gave them, they were assigned a free lawyer, a process was initiated in the Court and after six months they were contacted to continue with the process. They were welcomed by the Canadian State, and they gave them residence for him and his eldest son. That moment’s joy overwhelmed them in a single hug.

From that moment on, the family reunification process began to achieve the same for Adriana and her two minor daughters. A Social Worker was assigned to watch over them, they were also appointed a kind of counselor, who would guide them and show them the city and how to get around. This counselor enrolled them in an English course because it was mandatory, and it would help their stay in that new country. “At the same time, we received financial aid to support ourselves and we had a kind of free food bank. In any rate, as a newcomer, you must change your frame of mind and the way you see life. Everything is very different here,” says Hector Andrés.

The spent the first year studying English. Then, he submitted his CV to several travel agencies and within two weeks he got a job. They hired him to handle the airline reservation program because they needed someone who also spoke Spanish. He kept working there until 2011.

In 2007, his wife and two youngest daughters arrived with Canadian residence already approved. As for his eldest son, who got to Canada as an electronic engineer and works for a Japanese multinational, he already has two daughters. The following daughter is a business administrator and did a specialization there, she owns a company with her Mexican husband. And the youngest, who had started an Anthropology BA in Bogota, decided to finish her studies in Canada; currently she is in Portugal completing a PhD.

Between aid and memories

In 2016, he received his administrative compensation from the Unit for the Victims Unit. Currently, Hector Rueda receives financial aid that the Canadian government gives to people over 65 years whom they call: Retired Senior. “When you reach that age, the Canadian government invites you to give some documents in order to access monthly benefits, which is more or less equivalent to a pension in Colombia,” he explains.

His daily routine involves going to Lake Ontario and meeting with a group of Colombian friends to share coffee. He is a member of a Colombians association in Canada, which has about 30 compatriots who live in the Ontario providence, including some conflict victims. Their purpose is to help and guide Colombians who have just arrived or who already live in that region, mainly on

He misses Colombia very much, but he believes that migrating to Canada “has been one of the best decisions I have ever made in my life. At first it was hard, because the distance and uncertainty are very difficult, but here you can have a great life. In addition, I’m the kind of person that can adapt quickly to new challenges” and, he adds, he is satisfied since the health service and school education are free for refugees. “Because I am a Retired Senior, they don't charge me for surgeries or anything. It is true that the homeland and family pulls, but I’m quite happy here.”

Another aspect that has helped his well-being in Canada is that Hector Rueda is very sociable and likes to make new friends, he doesn’t like monotony and he likes to discover new flavors in food. "One longs to return soon, but over time, one becomes more established in the new environment and, when comparing, I see a great advantage in this country that has welcomed and treated me very well," he concludes calmly.