Alejandría is one of the Antioquia municipalities where returned victims benefit from Special Community and Family Support Schemes. 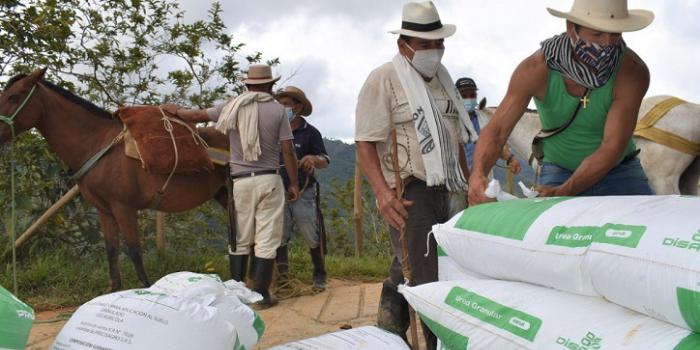 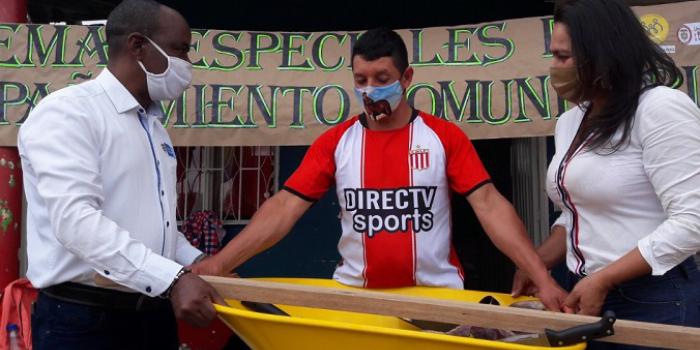 With better harvests, agricultural projects and the provision of productive units (businesses), the return of victims who suffered forced displacement as a consequence of the armed conflict in municipalities such as Alejandría (Antioquia) is supported.

Together with his family, the community leader Luis Arcadio Pamplona is one of the beneficiaries of “these inputs that encourages us to love the countryside again and worry about producing our own food.” That is gratifying as farmers and for those of us who move around the violence and we return and now we feel motivated that the Government supports us”, he added.

He says that the population of these villages suffered forced displacement, homicides, kidnappings and forced disappearances, forced recruitment of children and adolescents by the guerrillas and paramilitary groups.

“The armed conflict came when these armed groups settled in this area and because of so much violence we were displaced. It took me 16 years to return and the farm was abandoned and starting to build it again was very difficult”, says Luis Arcadio.

Now he feels motivated with the support for his community by the Victims Unit, in coordination with the local mayor's office: "We are happy because we are once again being a quiet community, which feels safe and supported".

For the mayor of Alexandria, Sister María Ocampo, these agricultural endowments “improve their quality of life and food security because almost a hundred families from two villages badly hit by the armed conflict are going to strengthen their crops and others are going to start them, because they did not have the economic capacity to cultivate”.

In addition, she stressed that "the inhabitants of these rural areas are returning and the municipality is regaining tranquility and peace."

According to Wilson Córdoba Mena, director of the Unit for the Reparation of Victims in Antioquia, “we continue to make progress in the recovery of the social network in more than 30 targeted municipalities with return and relocation plans for the displaced population, so that the victims who returned remain in their lands with better living conditions and return to being productive in their lands”.

This year, about 2.500 Special Community and Family Accompaniment Schemes are delivered in various departments of Colombia, which include agricultural supplies, equipment and construction materials for the improvement of schools, health centers, fingerprint plates and endowments for productive units, in order to to guarantee the sustainability of the returns of the population displaced by the armed conflict.

During this month, communities and families in Antioquia municipalities such as Alejandría, Jericó, San Rafael, San Carlos, Caucasia and Nechí benefit. Since 2014, more than 10 thousand of these schemes have been delivered in the country (about 2,000 in Antioquia), with an investment of more than 70.000 million pesos.

A total of 277,000 displaced families returned to their territories of origin or relocated to other areas of Colombia (approximately 60,000 in Antioquia) with the support of the Victims Unit.