With the realization of different activities, which make up the collective reparation plan, these indigenous communities located in the municipality of Unguía, Chocó, move towards the restoration of their forms of organization, culture and customs, affected by conflict. 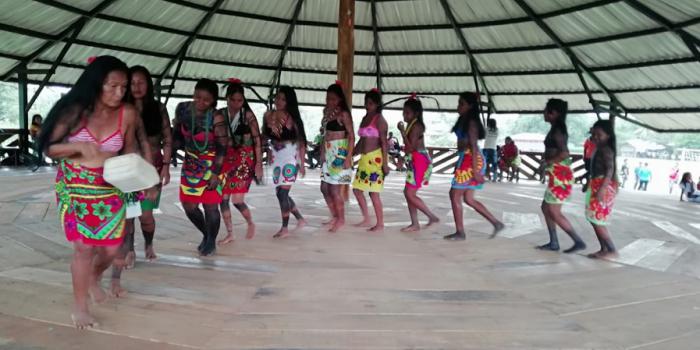 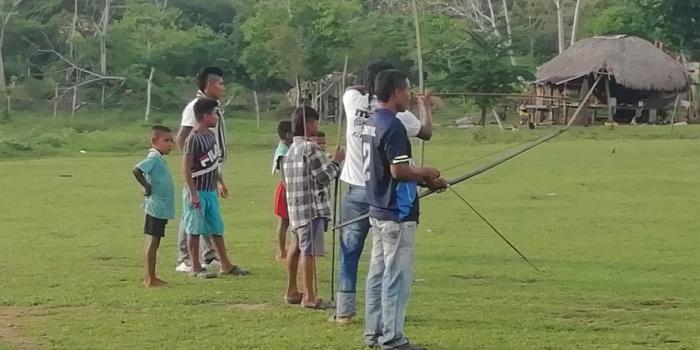 In Tanela indigenous reserve, in the municipality of Unguía, Chocó, the second embera minga was held to recover traditional practices, lost due to armed conflict. The minga is part of the measures of collective reparation plan, in which the reservations of Cuti, and Eyákera participated.

In this space, traditional games, songs, recovery of mother tongue and cultural practices performed with the bow, among other uses and customs that had been lost due to the actions of armed groups outside the law, were carried out.

The subject of collective reparation of Tanela is made up by the communities of Tumburrulá, Citará, Ziparadó and Loma Estrella, with which the Unit has been advancing since 2015. The phases of approaches, socialization, agreement and recruitment have already been carried out, and identification of damages with these safeguards and in 2017 the collective reparation plan was validated.

Since then, in these ethnic groups have been implementing collective reparation measures, including the delivery of construction materials to create the meeting house or Tambo, a space that has been recovered to make large mingas or assemblies.

"The objective is to continue advancing, both with the days of improvement in the collective reparation plans that have already been carried out, and in the implementation of  measures of ethnic and non-ethnic subjects with whom we have been working; the progress has been significant despite being geographically distant communities, the goal is to implement what is pending", said Elizabeth Granada Rios, director of Urabá Darién Victims Unit.

This territorial will continue with the implementation of these collective reparation plans in accordance with the protocols on ethnic route and taking into account the provisions of  ethnic decrees such as, in this case, Decree Law 4633 of 2011, applicable to indigenous peoples.