A community in Bolívar receives a truck to market their products, with money seized from the extinct FARC

With part of the $ 823 million derived from the extinction of domain of the former armed group of Farc, the Unit for the Victims delivered a vehicle to the community of San Basilio de Palenque. 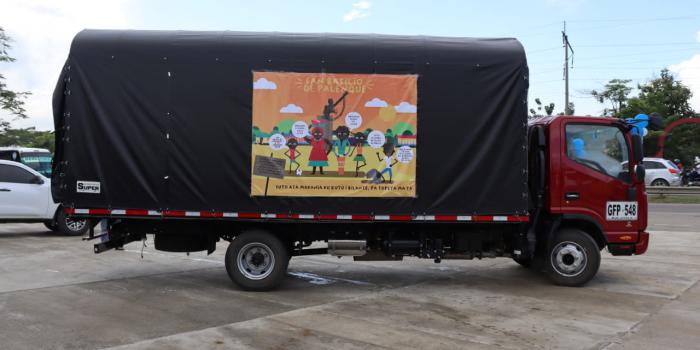 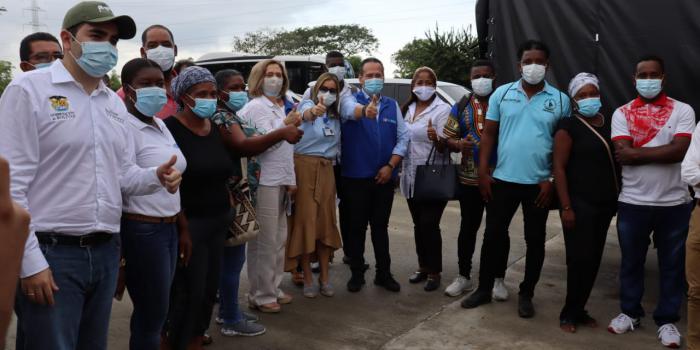 The delivery had the participation of leaders and experts from the Palenque de San Basilio community; the Presidential Advisor for Stabilization and Consolidation, Emilio Archila, the Governor of Bolívar, Vicente Blel Scaff; the mayor of María La Baja, Raquel Victoria Sierra; and the mayor of Mahates, José Altahona Escorcia.

The good for collective use, whose cost reached $ 119.289.410, was financed with the resources obtained by the national government from the goods that were not included in the inventory built by the former FARC. “This is possible in the context of the policy of Peace with Legality of President Iván Duque and, by means of which reparation to the victims is strengthened”, assured the director of the Unit.

This delivery is part of the actions established in the Comprehensive Plan for Collective Reparation (PIRC), framed in a restitution measure, which seeks to restore productive capacity and strengthen the agricultural sector, affected by the armed conflict.

"This truck comes to strengthen the marketing line of the community production project, which is carried out with resources from the administrative compensation delivered to this group", said director Ramón.

The director of the Unit for Victims assured that the Comprehensive Collective Reparation Plan (PIRC) of the subject of Palenque de San Basilio-La Bonga has 29 actions framed in compliance with measures of compensation, satisfaction, restitution, rehabilitation and guarantees of non-repetition.

Among the progress in the actions are: the recovery of the community productivity center and the promotion of productive initiatives affected by the abandonment of the territory; provision of furniture and technological equipment for self-government boards and school furniture for educational institutions.

The delivery of a tractor for the strengthening of productive projects; the recovery of ancestral knowledge such as the teaching of the Palenque language and the meetings of botanists, healers, midwives and experts; the reactivation of the economy for the benefit of women with the promotion of Palenque sweet; the revitalization of the Kuagros, as an ancestral political figure, and the "Garden of Memory" are also part of the actions implemented by the Victims Unit and other entities responsible for their repair.

As complementary actions to the delivery of the truck, the Palenque communities will implement a productive project for the recovery of ancestral medicine and will receive agricultural tools.