The Victims’ Day was commemorated in Dosquebradas, Risaralda

With symbolic acts, in this municipality, the memory, courage, and strength of the survivors of the armed conflict were honored and the value they have for the community was recognized. 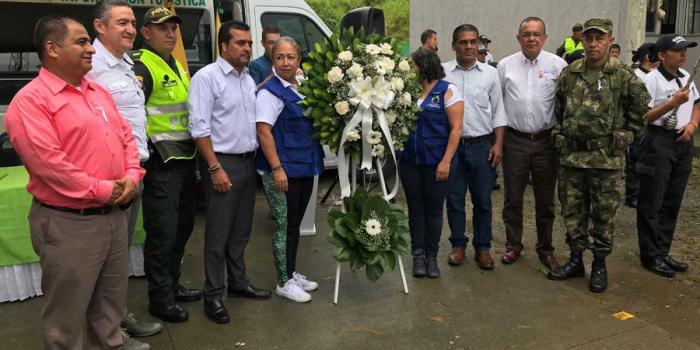 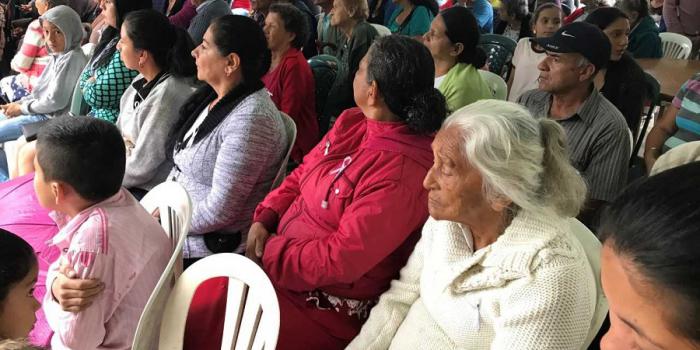 In Dosquebradas municipality with a massive participation of the survivors of armed conflict and the Municipal Committee of Effective Victims representatives, the National Day of Memory and Solidarity with the Victims of the Armed Conflict was commemorated.

This event was held in the residential unit Millenium and had the participation of Dosquebradas municipal administration, the VICTIMS UNIT, the National Police, the National Army, the ombudsman´ office, among other entities of the National System of Attention to the Victims (Snariv).

Freddy Lopez, director of Victims Unit in the Territorial Coffee Region, said that the symbolic acts were fulfilled in a housing complex, in which 80% of the people who live there are victims of the armed conflict.

"Dosquebradas is a municipality that has been carrying out a judicious task in terms of victims support, and all this thanks to the seriousness with which the municipal board has handled various issues, so my congratulations to them and the commitment of the Units absolute to be able to promote projects that help us improve the living conditions of people in the territory, "the director added.

Likewise, Samuel Beltrán, coordinator of Municipal Participatory Table Effective Victims stated that "The contributions of tvictims without doubt also help make a territory great, we have enterprising and hard-working people, wanting to contribute through projects to make it possible to improve the life quality of people who have suffered from the rigors of war, we thank the mayor for his great contribution and in the same way to the Unit. "

During the acts of commemoration, the government entities presented a floral offering to the representatives of the Municipal Victims' Table, as a tribute to the disappeared persons in the framework of the armed conflict in this department area.

Likewise, in this event the attendees cut a red ribbon that symbolizes the pain suffered by people before arriving in this territory where many have found a new home.

"This is an open-door municipality where many of you have found a helping hand to solve your problems, but the effort has to be from everyone and that is why the invitation to the private company to help us with the victims They have already received sufficient training and are ready for their productive stage, "said Fernando Muñoz, Dosquebradas Mayor.

The day ended with some symbolic and playful activities, carried out in the interactive bus the National Police that provides multiple services to the community.

Currently, 14,958 people are registered in the Victims’ Single Registry in Dosquebradas municipality, of which administrative indemnities have been delivered to 1,661 victims worth more than $ 10,629 million.