Victims of Buenaventura state “We are survivors” through art

Victims of Buenaventura will perform works of art in an exhibition they will call "Survivors" and that will show the emotional tools that have driven them to move forward, despite the damage caused by the armed conflict. They will be exhibited on April 12, at the ceremony commemorating the Day for Solidarity with the Victims of the internal armed conflict. 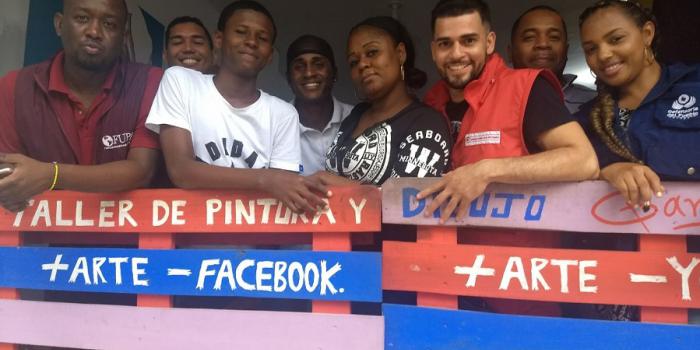 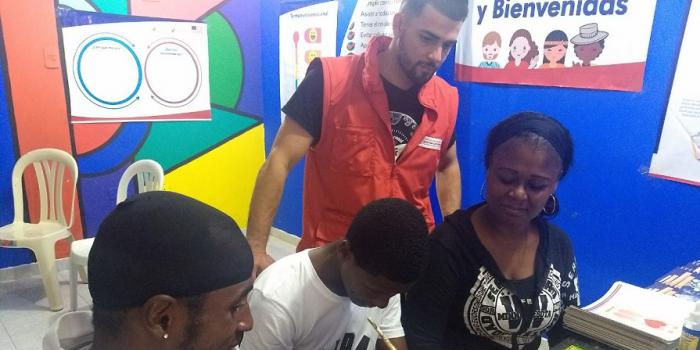 At the Garcerá Art Workshop, in the Pueblo Nuevo neighborhood of Buenaventura, a special day of reflection on what it means to be a survivor of the internal armed conflict took place today. It was a discussion that aimed to construct in a participatory way the concepts for the realization of five paintings that will pay honor to those who have suffered because of the war in the country. In addition to various victims living in this city, José Luis Garcerá, a well-known local artist, professionals from the Victims' Unit, the Pan American Development Foundation (Fupad) and the Ombudsman's Office participated.

The works will be carried out with the participation of survivors of the conflict and will be shared with the community on April 12, when Victims' Day will be commemorated in the district of Buenaventura, Valle del Cauca.

Marloby Mina, who suffered displacement, was part of this experience. "When I reflect on what it is like to be young I remember that for many reasons that part of my life was erased, I had to be an adult from very early on; but for something I survived the conflict and I am here. The hard things that have happened to us also give us the opportunity to be better because they teach us about our strengths, "he said. Marloby decided that his painting, in which he will work hand in hand with his son Marlon, will be called "Yes we can" and will reflect "how faith God has been the engine to get ahead."

This workshop was held thanks to the support of Fupad, with resources from the US Department of State.

This year, different organizations, such as the Table of Effective Participation of Victims, the Table of Access to Justice, Victims and Protection and Memory (Mesa de Paro), Fupad, Afro Pastoral, Fundescode, the Mayor's Office of Buenaventura and the Unit for The Victims built a joint agenda of activities that will commemorate Victims' Day, which at the national level is April 9, but which in the case of the District will be extended by two weeks.

The programming is the following: